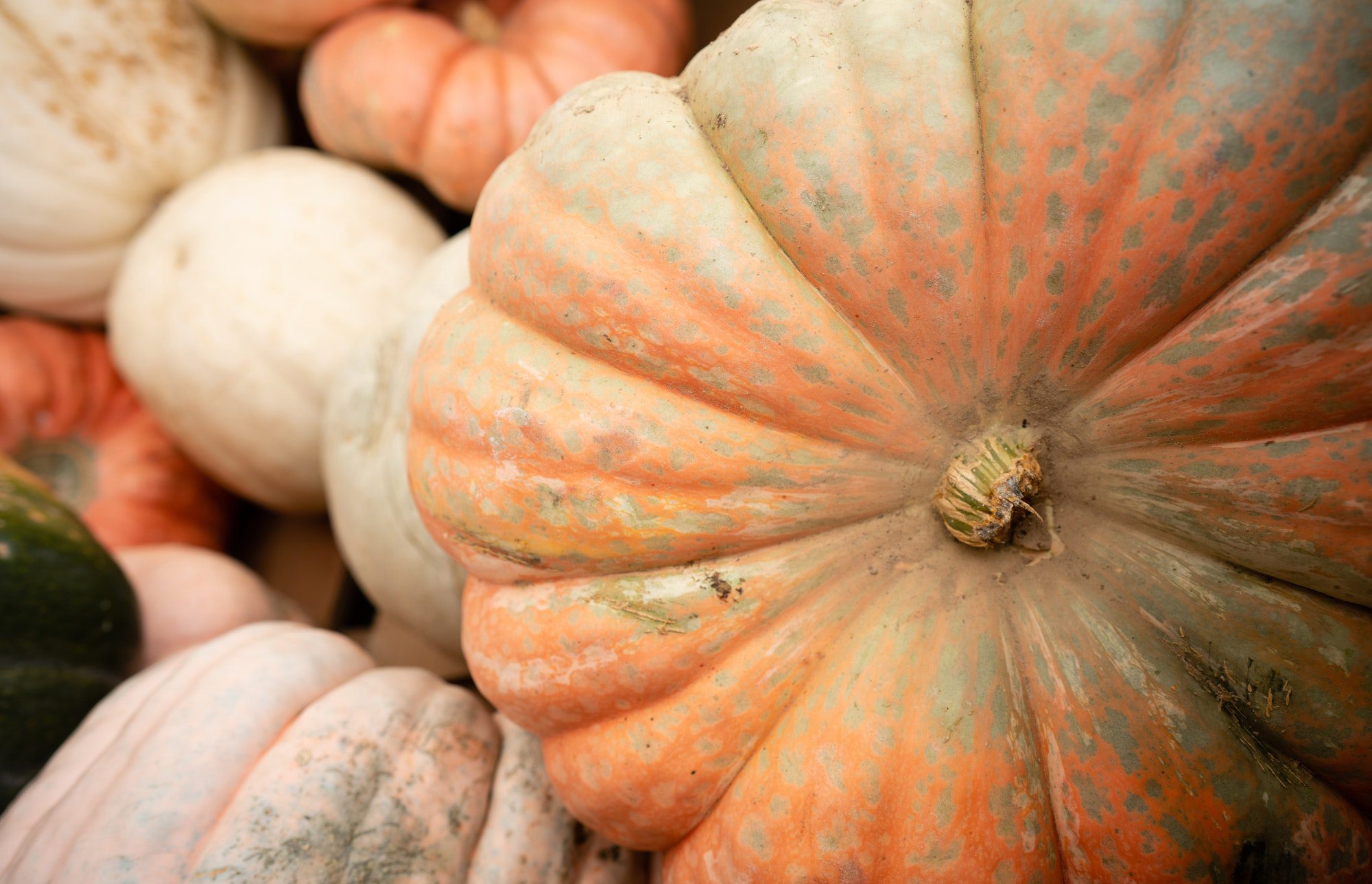 The Benefits of Eating Seasonally

The Benefits of Eating Seasonally

Have you ever wondered why in the fall you crave more hearty produce like apples, citrus fruits, pears, potatoes, carrots, and squashes? It’s because of our primal circadian rhythm that is synced to the changing seasons. Circadian rhythms are the 24-hour cycles that coordinate our body’s mental and physical systems, otherwise known as our “internal clock”. Typically, our internal clock is associated with regulating our wake and sleep cycles, however, it also regulates eating patterns. This means that our body intuitively needs different sources of nutrients during different times of the year.

Eating seasonal produce has a large positive impact on overall wellness. The first benefit comes directly from the nutritional density of the produce. The fresher the fruits and vegetables are, the more nutrient-dense they are. The same goes for seasonally available herbs. Fall produce is rich in beta-carotene, which our bodies convert to vitamin A. Turning beta-carotene into vitamin A is beneficial because as the weather grows colder, it helps us fight off colds and flus more easily. The production of vitamin A is just one way the nutritional values of seasonal produce prepare our bodies for the coming climate changes of fall and winter. Heavier, denser produce also helps us to add the extra weight our bodies naturally need to get us safely through harsh, cold winters.

While fall produce adds fat to keep us warmer in the winter, we don’t need it year-round. The produce available to us in the spring such as kale, asparagus, and spinach help to detoxify our bodies, and shed the extra weight that was needed in the winter but not in the summer. Similar to the changes in the produce we crave in the fall, in the summer we often crave juicer produce like watermelon, pineapple, and cucumbers. Our bodies rely on us to eat these kinds of fruits and vegetables in the summer because the high water content in them keeps us hydrated during hot climates.

Even though our bodies crave a variety of produce during different seasons, the world we live in now allows nearly all herbs, fruits, and vegetables to be available to us at supermarkets all year. In order for herbs, fruits, and vegetables to be available to us year-round, they are grown out of season and aren’t able to follow natural growing and ripening cycles. Produce grown out of season are also more likely to be coated in a greater amount of chemicals so that it can endure environmental changes they typically would not. In addition, out-of-season produce is also not produced locally. Sourcing locally is important because it supports our communities, and our farmers, and gives our bodies exposure to local pollen. Having exposure to local pollen is beneficial because it builds up our immune system to fight off seasonal allergies naturally, without the need for over-the-counter allergy medication. Eating local organic produce that is in season also has a better flavor and is more nutrient-dense because it is not stored for long periods of time.

Another benefit of locally sourced, seasonal produce is that it’s friendly to your wallet. In-season herbs and produce can be purchased cheaper because they are more abundant than any other time of the year and do not need to be transported from other states or foreign countries. Less transportation from outside regions, in turn, helps to lower emissions and greenhouse gases. Making seasonal, local produce is not only better for your body and your wallet but better for the environment. Additional environmental benefits include the use of fewer pesticides and harmful chemicals. Produce harvested during the proper season requires fewer toxic chemicals because, as mentioned above, they do not need to endure environments they are not intended to. 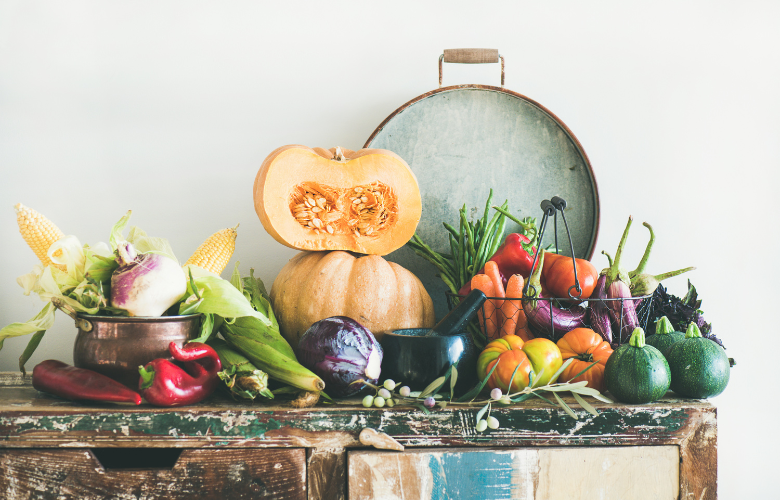 According to Traditional Chinese Medicine (TCM), Autumn is a season of transition from Yang to Yin. By adjusting your diet, you are supporting your emotional and physical health in a way that prepares you for the coming winter. In TCM, each season has different organs that are the focal point for overall well-being. During fall, the focus falls on the lungs and large intestine. By eating denser foods, and using methods such as braising or slow-roasting, the lungs and large intestine are properly nurtured.

So, what are some foods you should be eating this fall to help prepare for winter?

Due to seasonal produce requiring fewer chemicals, it makes the upkeep of growing your own easier. Planting and tending to gardens are a lot of work, but knowing what goes into the products you consume is an added benefit. By growing your own crops, you’ll be able to supply yourself and your family with the fruits, vegetables, and herbs that are intended to be consumed during the proper seasons. Fresher foods mean healthier bodies and stronger immune systems.

Schedule your free 15-minute consultation to learn more and get started.

Chinese Medicine in the Treatment of Male Factor Infertility